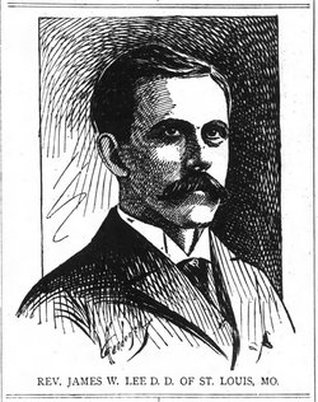 Dr. Lee was ordained as a minister in 1876. He became one of the leading clergymen of his time in the United States. He served at Trinity Methodist Church in Atlanta, Georgia, before moving to St. Louis in 1893.  In St. Louis he was pastor of St. John's Church, one of the strongest and most influential churches in the city, serving there three different times, on each occasion serving the four-year limit allowed by the church. 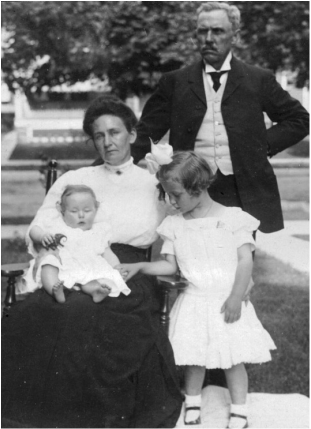 Clockwise from top, Dr. Lee, Alice, Jim, and Emma
Dr. Lee was Presiding Elder of the St. Louis District twice, serving four years the first time and two the second. After a four-year term as pastor, four years as Presiding Elder, and another four-year term at St. John's, he returned to the pastorate of Trinity Church and served a four-year term there, and one year as pastor of the Park Street Church in Atlanta. This record in the ministry of the Southern Methodist Church, where the term limit requires a change in four years and where a minister is seldom returned to the same church afterward, was said to be beyond any in the denomination.

Dr. Lee returned to St. John's in 1910 and after four years as pastor and two as Presiding Elder, became chaplain in 1916 of Barnes Hospital. He held that position until his death. Books published by Dr. Lee include "The Making of a Man" 1892, translated into Japanese in 1893, Chinese in 1904 and Korean in 1908; "Christ the Reason of the Universe" delivered before the World's Parliament of Religions in 1893; "The Earthly Footsteps of the Man of Galilee" 1895; "Henry W. Grady, Editor, Orator and Man" in 1897; and illustrated the "Self-Interpreting Bible." 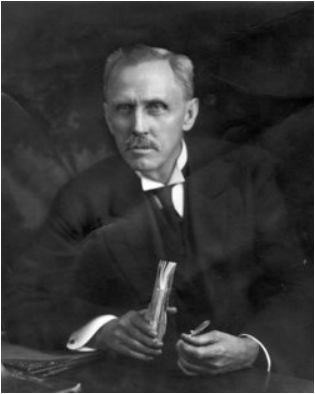 Dr. James Wideman Lee
He represented his church as a fraternal delegate to the General Conference of the Methodist Episcopal Church (North) and was appointed by the American Memorial Committee as a member of the Advisory Board for the American Memorial Hospital at Rhelms, France. During his lifetime he gave away two valuable libraries he had gathered from all parts of the world.

Dr. Lee died on October 4, 1919, in St. Louis, Missouri, and he is buried in Bellefontaine Cemetery there.